A source close to the 66-year-old confirmed his passing to Andy Dosty, host of Daybreak Hitz on Hitz FM, Monday.

No acute water shortage in Madina and its environs — Stanley Martey

#bbnaija: The first housemates to be evicted from the lockdown season are Ka3na and Lilo

Nana Tuffour a.k.a. 9-9-2-4 is a renowned Highlife singer/songwriter was born on Valentines Day 1954. It is no wonder that his has crooned his way into the hearts of many women over the years with is sweat and smooth ballads. This pleasant singer/songwriter spent his childhood in a home full of love in Kumasi, Ghana.

He kicked off his musical journey with one of the axes popularly known as one man thousand with keyboardist Alex Konadu. He later joined the Wanto Wazuri Band as a pianist. 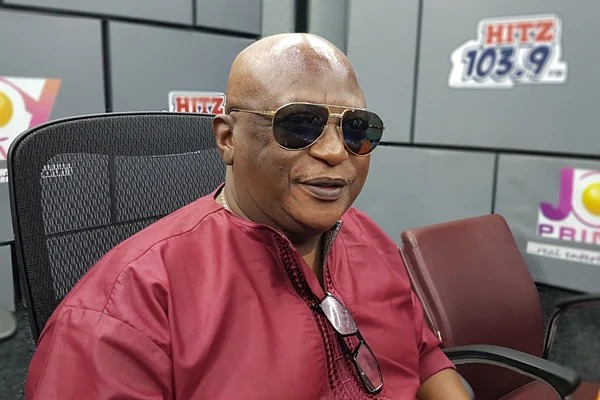 Due to his sweet voice and unique style of vocalizing, Nana later became the front man of the Waza Africo Band. Envisioning a solo album, Nana left for Nigeria where he began working with famous Nigerian musician King Sunny Ade as his keyboardist.

In 1979 he released his first album Highlife Romance and has since released twelve other hit albums. He has won many excellence awards and his last album, Abeiku was notoriously popular among the old and the young.

May His Humble Soul Rest in Perfect Peace

Listen to some of Nana Tuffours Old songs Below;

GIS intercepts 141 gallons of fuel being smuggled into Togo

No acute water shortage in Madina and its environs — Stanley Martey

#bbnaija: The first housemates to be evicted from the lockdown season are Ka3na and Lilo

Transport fares to drop by 10% from August 1

NDC should focus on Mahama not Jane — Political Analyst

FULL TEXT: Akufo-Addo’s 14th address to the nation on measures to fight coronavirus

Man Arrested For Cutting Off Fingers of Nephew For Stealing ¢20

Wear your nose mask or be arrested — GPRTU chairman to drivers

Patapaa Has Not Been Poisoned . . . Musician Feeling Well – Management

I’m happy with response to my coronavirus exposé – Anas

Russia’s Covid-19 Vaccine Has Been Approved To Be Effective

Patapaa Has Not Been Poisoned . . . Musician Feeling Well – Management

Rihanna Heavily Pregnant And Who Is The Man Behind